Montréal and Vancouver are major Canadian cities with 2011 cycling commute mode shares (% of trips to work by bike) of 2.7% and 4.3% respectively and substantial between-neighbourhood variability in cycling. Both have cycle tracks, painted bike lanes, residential street bikeways, and paved off-street bike paths, but their extent and network patterns differ. We examined the following questions: 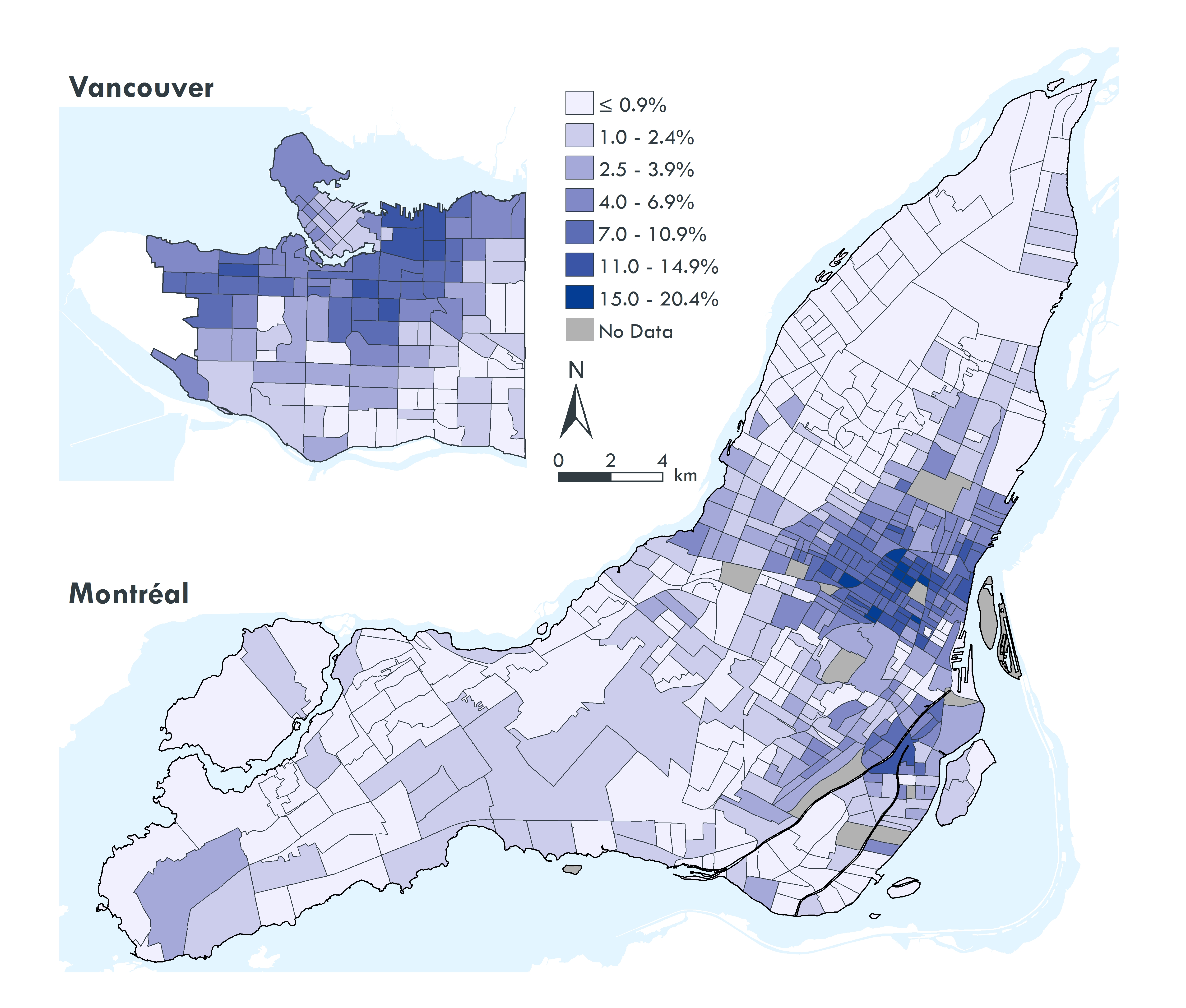 These maps show the distribution of 4 types of bikeways in the two cities. 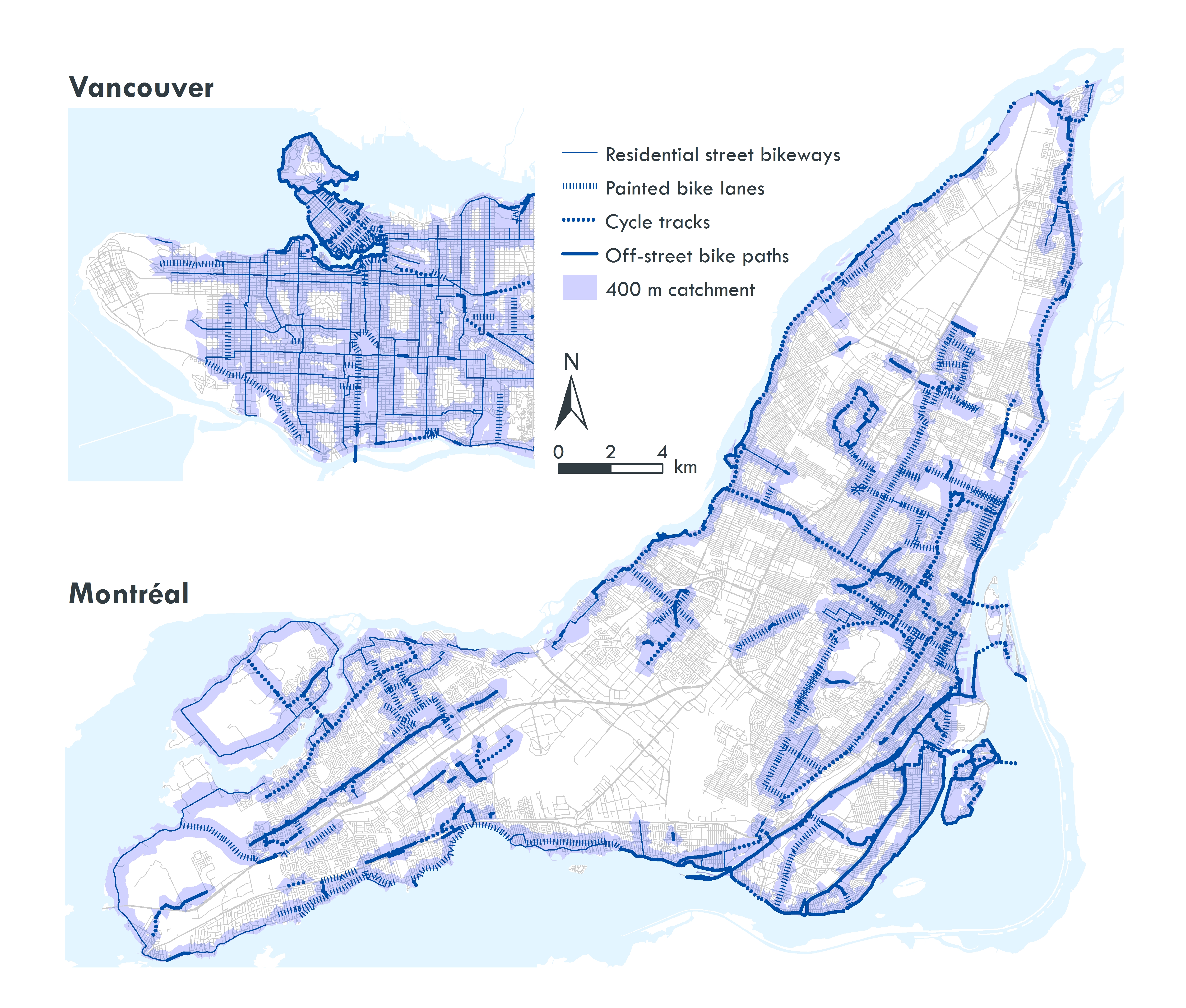 Montréal bikeways provided less overall coverage, especially in the more suburban/rural areas. The lengths of each bikeway type were similar. The median distance (among census tracts) of homes to the nearest bikeway was 0.37 km, and median distances to each of the four bikeway types were similar to each other: cycle tracks 0.83 km, painted bike lanes 1.0 km, residential street bikeways 0.99 km, and off-street bike paths 0.99 km.

Vancouver had a network of residential street bikeway distributed throughout the city. The lengths of other bikeway types were much shorter. The median distance (among census tracts) of homes to the nearest bikeway was 0.20 km, primarily driven by proximity to residential street bikeways (median 0.24 km). Median distances to other bikeway types were longer: cycle tracks 1.6 km, painted bike lanes 0.87 km, and off-street bike paths 1.3 km.

Commute times also made a difference: neighbourhoods with intermediate commute times (20 to 29 minutes on average) had the highest cycling commute mode shares. Uphill slopes on the routes to the nearest bikeway were associated with somewhat lower mode shares, but this effect was not sustained in adjusted models.

In neighbourhoods where cycle commuting was more common, the proportion who were female approached parity with males. Both bikeway type and commute times had stronger associations with cycling mode share in women than men.

The results of the study are available as a poster and published in the Journal of Transport and Land Use.

In 2011 in Montréal and Vancouver, the percent of work trips by bike varied from 0 to 20.4% between neighbourhoods. Cycle commuting was most common in neighbourhoods with commute durations of 20 to 29 minutes.

Neighbourhoods near cycle tracks (separated bike lanes) and a connected network of bikeways had more cycling to work. Women prefer these features and more cycling by women was strongly related to higher overall cycling.

The results of the study are available as a poster and a scientific article.