Bicyclists’ injuries and the cycling environment: Results of the “BICE” Study

Route preferences & other motivators & deterrents: Results of the Cycling in Cities survey

How far out of the way will we travel? How the built environment influences route selection for bicycle travel

The impact of transportation infrastructure on bicycling injuries or crashes: A review of the evidence

Letter providing input to the Township of Langley 2015 Cycling Plan

Letter to Minister Todd Stone about the BC Transportation Plan 2014

Ride hailing in BC is opportunity to ensure new transportation solutions support health and mobility of all In The Star, November 2018

Risks of cycling, walking and driving put in context In the Vancouver Sun, July 2013

Transition from Campus to Community at UBC: Thinking about Schools and Transportation In the Campus Resident, June 2013

What is a “protected” or “separated” bike lane or “cycle track”? In Spokes Dunedin, February 2013

What are the Health Risks and Benefits to Cycling? In the Campus Resident, December 2012 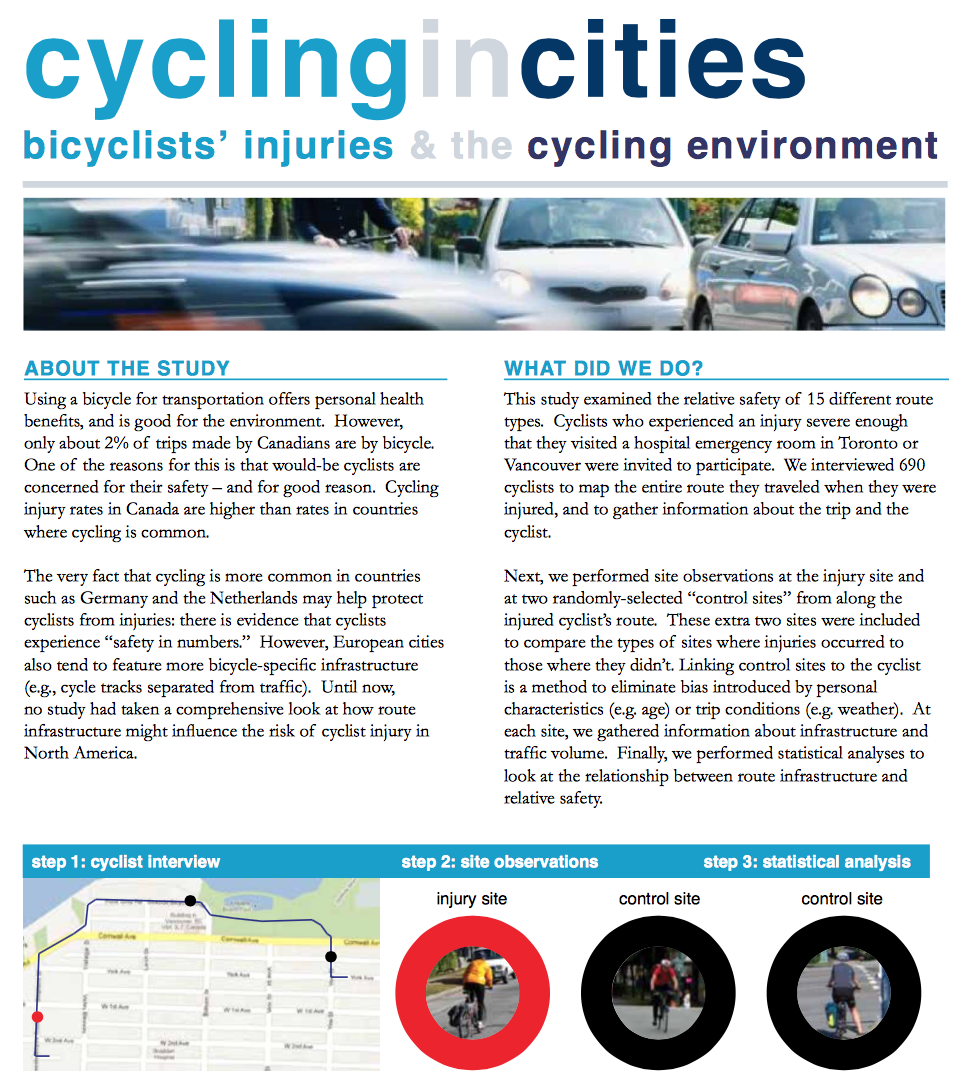 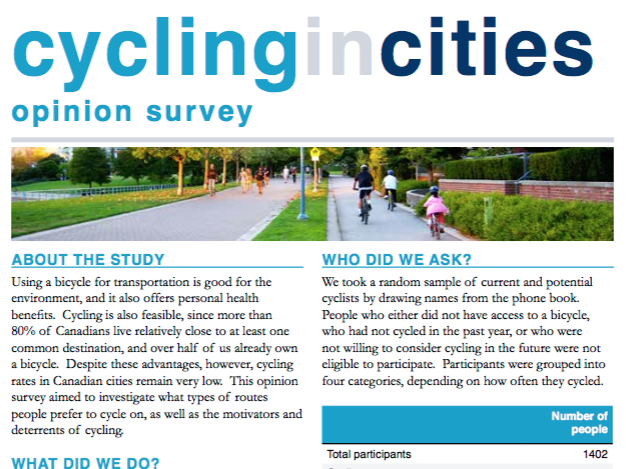