We studied whether route characteristics increased or decreased cycling injury risk. The study took place in Toronto and Vancouver, and the participants were adults injured while bicycling and treated at five hospital emergency departments.

The study’s unique “case-crossover” design is shown in the figure below.  It focused on infrastructure characteristics and controlled for exposure. Interviewers queried 690 injured participants about their trip route. Blinded site observers documented route characteristics at the location where the injury event occurred and at two randomly selected locations on the same trip route where no injury occurred (2,070 sites in total). The analysis compared transportation infrastructure at the injury and non-injury sites within each person-trip, cumulated over all trips. This method matched on personal and trip characteristics, thus removing the influence of potential confounders such as age, gender, propensity for risk-taking, bicycle type, clothing conspicuity, lights, helmet use, weather, and time of day. 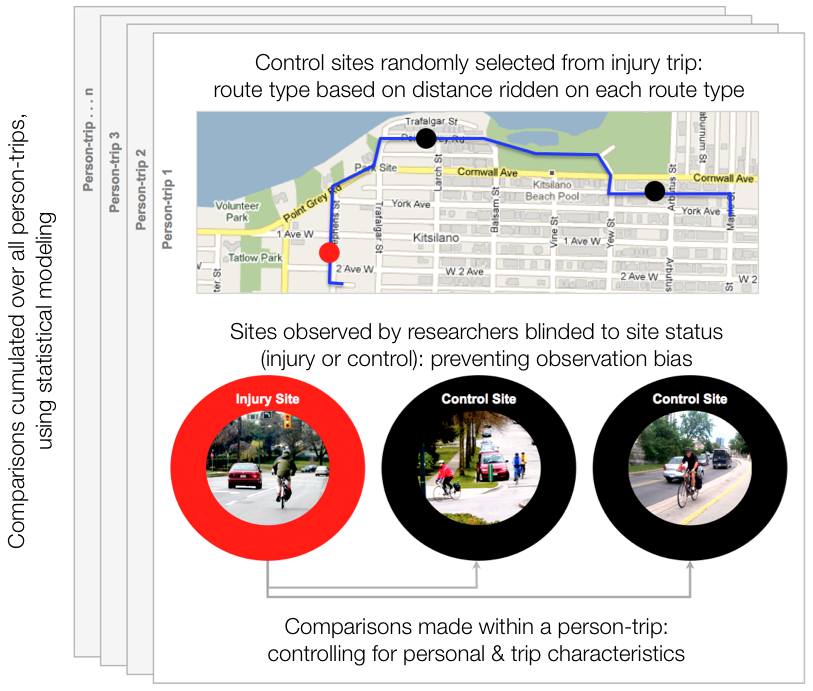 The study was funded by the Heart and Stroke Foundation of Canada and the Canadian Institutes of Health Research in 2007. It was designed by a team of students and faculty of the Bridge Strategic Training Program.

We found that route infrastructure does affect the risk of cycling injuries, with risk differences of up to 10-fold. The design was able to compare 14 route types and many other infrastructure features, providing one of the most detailed pictures to date of the relative safety of built environments for cycling. The following features were the safest:

The following infrastructure features were the least safe:

In our earlier study of route types that motivate and deter cycling, we found that people preferred to ride on bike-only paths, multi-use paths, residential street bike routes, and cycle tracks. They preferred NOT to ride on major streets.

The graph below compares our injury study results on route safety to the results on route preferences. Preferences and safety largely agree. Major streets are less safe and not preferred. Bike-specific routes are safer and preferred. The main disagreement was that multi-use paths are preferred, but were not particularly safe. Multi-use and bike-only paths could be made safer by making them straighter so sight lines are better, by removing obstacles like bollards, and by providing lighting at night. 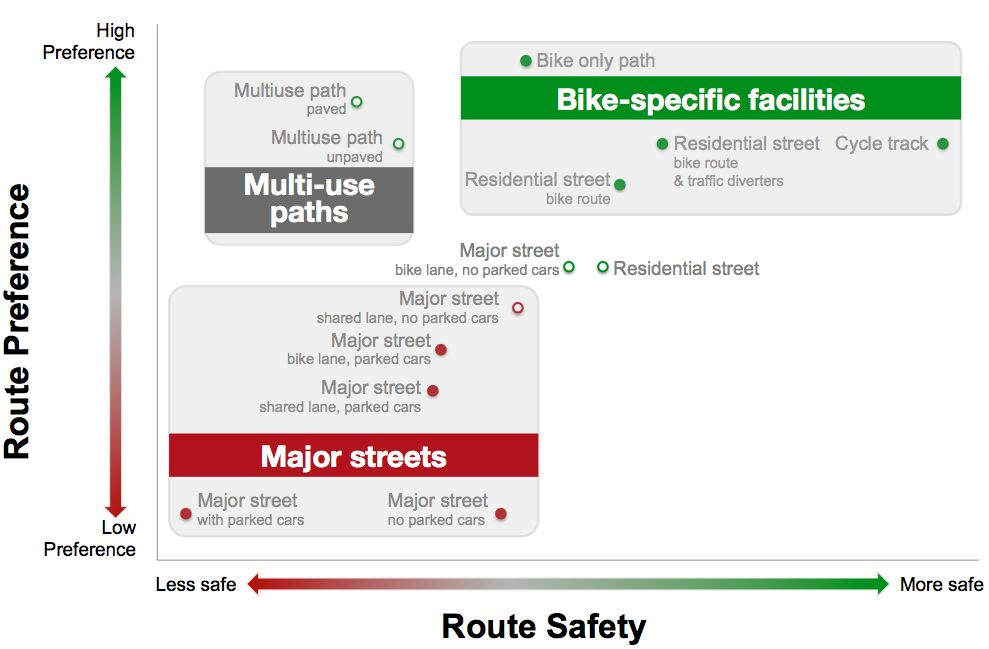 These results provide sound evidence for transportation planners, allowing them to select cycling infrastructure that will improve cycling safety. This should not only reduce the risk of traumatic injuries to cyclists, but, as a result, promote cycling as an urban transportation option, with attendant personal and public health benefits.

The photos below illustrate the safest infrastructure for each of three types of route: 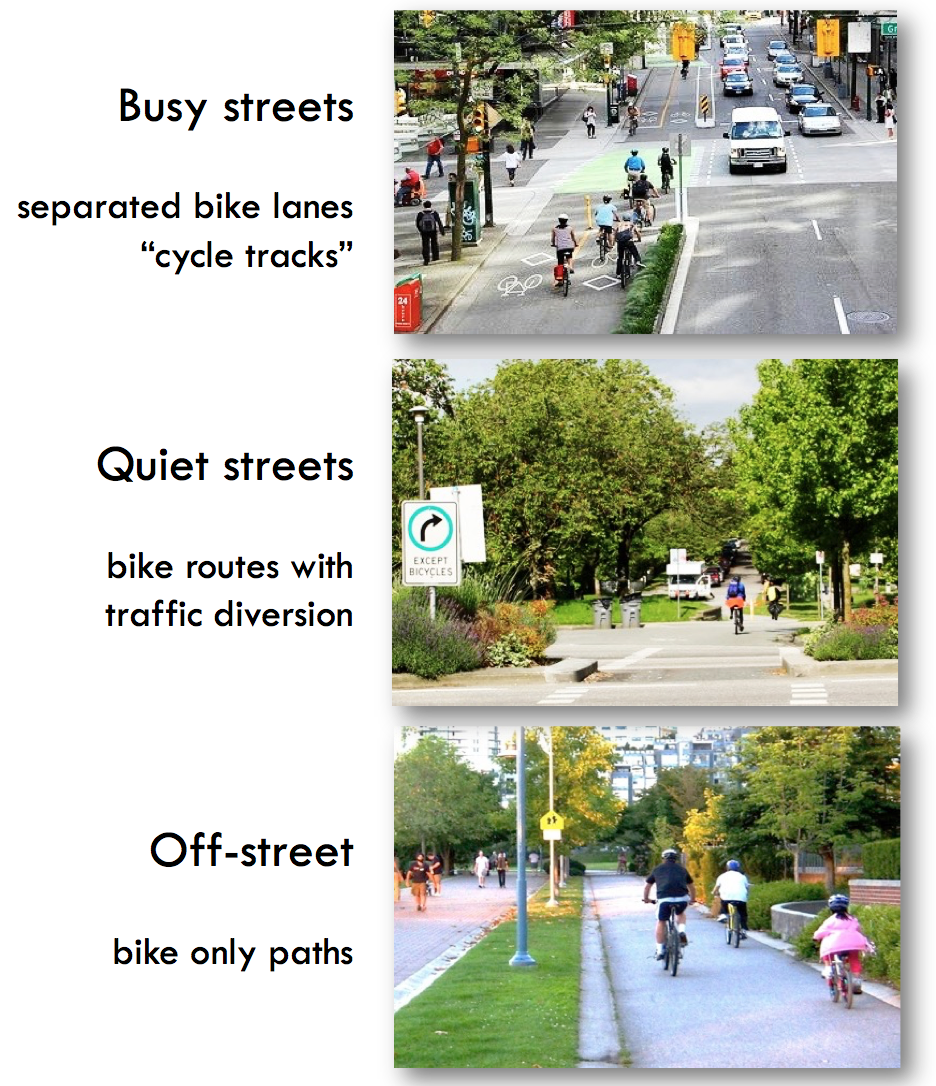 Our injury study methods were presented at the Transportation Research Board Annual Meeting in Washington, DC, January, 2011, and an article has been published in Injury Prevention.

Our study results are published as follows in the scientific literature: