Data from interviews with 683 participants of the BICE study was used to classify injury crash circumstances. 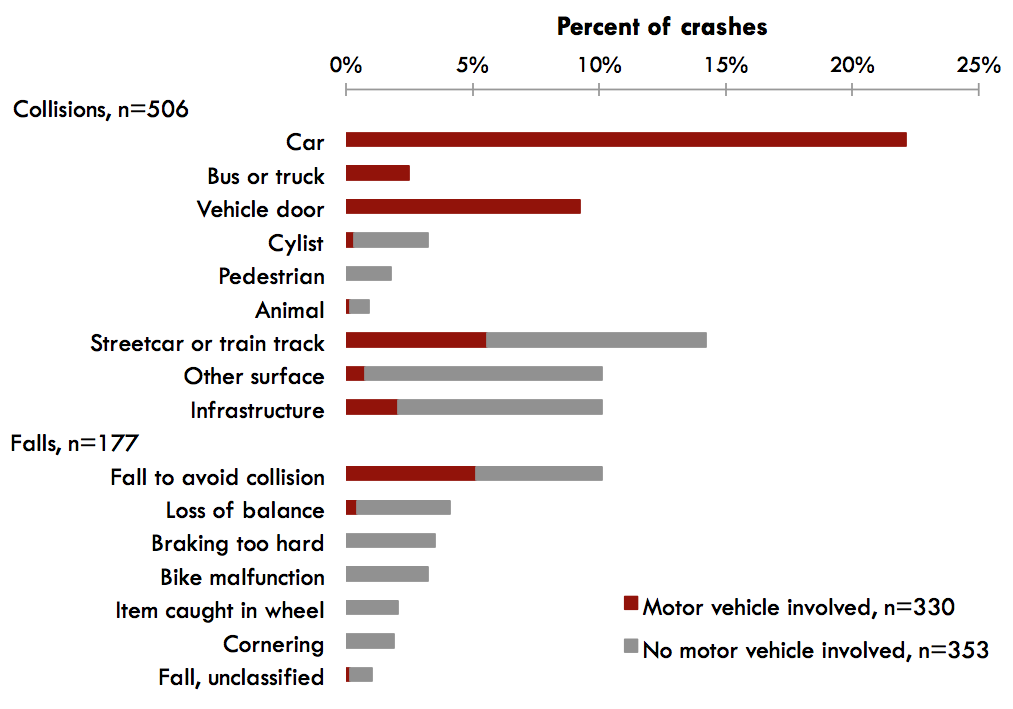 Most crashes (74%) were collisions. Collisions included those with motor vehicles, streetcar or train tracks, other surface features, infrastructure, and pedestrians, cyclists, or animals. Although direct collisions with motor vehicles represented about 1/3 of the crashes, many additional crashes occurred because the cyclist was attempting to avoid a motor vehicle, so the total proportion that involved motor vehicles was about 1/2.

Crash circumstances were distributed differently by route type, for example 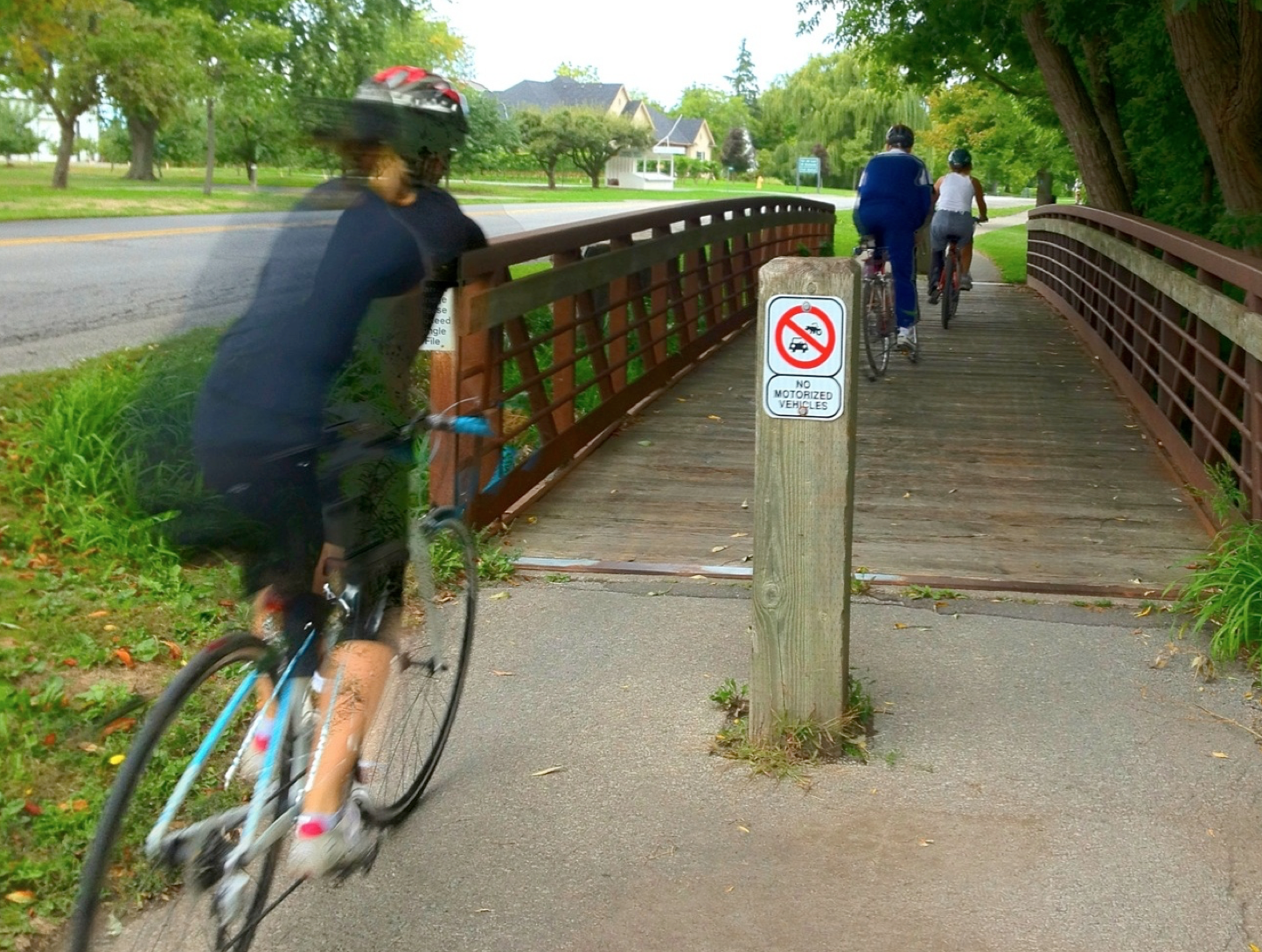 Data from the BICE study was also used to determine what factors were related to the severity of the bicycling injuries of the 690 study participants. Injury severity was classified using the following 4 metrics:

The following factors were consistently associated with increased severity:

Collisions with motor vehicles and higher motor vehicle speeds have been found to be related to injury severity in many other studies.

When taken together with the main BICE study results, these results show that facilities that separate cyclists from motor vehicle traffic and pedestrians, minimise slopes, and lower motor vehicle speeds would reduce both the risk of being in a crash and injury severity after a crash.

These results are available in the following scientific articles and poster: